There has been a sudden, dramatic step-wise improvement in digital services in Trinidad & Tobago.

You can place an order via WhatsApp for groceries in Trinidad & Tobago now. From one of the largest chains in the country.

Many government agencies are available in a real-time way on social media. Providing updates of a COVID and even non-COVID nature

A local bank has started to enable sending of money that the recipient has access to in 1 day, down from 4 to 5. The others, I expect are sure to follow.

I’m here for all of it. Maybe this activity is just merchants and other service providers responding to the change in environment. Everyone’s online, and the only way to get people to interact meaningfully with your service is by meeting them where they are at.

For now, I’ll list these services as I hear about them. I won’t celebrate too loudly, because, you know, many people have been clamoring for this for a long time.

If you have a PDF you’d like to get tables out of, tabula works a dream. When last I used it successfully, I was on my mac. I jumped on to a windows machine, and I just couldn’t get it to run.

I found a docker command that hosts a web API that gives access to tabula:

At the readme for this container, the example was this:

Thankfully, because of WSL, I just popped over into bash and I had tables in a flash 😎

Whenever I teach cloud technologies, I emphasize practical applications, even for the newest students. This really helps the topic come alive and allows the students to engage the material in a more realistic way.

As it turns out, a few of my friends reached out to me about Azure resources for learners, so, I thought I’d just jot down a few resources here.

So, a simple search online should point you here:

One of the first questions that come up is “Am I worthy eligible?”, which is helpfully answered in the FAQ:

Now, if you’re an educator, teaching assistant or other faculty, you can sign up for open source content – I’ve used this, it’s legit and the github repo is very active! As well as get a free Azure account for doing demos and showing how the stuff works.

If you aren’t enrolled anywhere and just want to learn Azure stuff, there are also a lot of free-levels that you can use to get started.

When you access this option, they’ll ask for a credit card number – this is for verification, they won’t charge you automatically unless you choose to upgrade. You have to choose to upgrade, it’s not going to sneak up on you.

Some azure services have levels that are always free, like Azure App Services, Azure Functions and Azure Kubernetes Service. There are others that are free for the first 12 months of usage. You can check out the full list here (scroll down).

So, there you go, get out there, get started, have fun!

We’re having the first of many (I hope) Microsoft Azure users meeting this Thursday (February 13).

I’m excited by this because here in Trinidad, I’m grateful that in and around Teleios, we’ve been using Azure for years, and I’ve often wondered about who else around us is learning, playing and building on the platform. Nigel Sammy, Christian Anton and I will be sharing on Azure in general, Azure DevOps and Azure Arc. It’ll be a really nice spread of features, from the novel to the staid.

The event is free, so’s the breakfast and you can register here.

Just before I went back out to work in January, I had a fair sense of how I wanted to start the year. At work, I’d be diving in to Planner and refining some early 2020 goals that Anand and I had come up with. At projects, I’d be doing some arduino and bot stuff. All great.

But from January 2nd, I found myself very deep in legacy code from at least a decade ago. And I was working very late. It’s like time stood still. When my team and I raised our heads for a week, a change to the environment around that same code meant even more speelunking.

Out of this last few weeks I saw three things of note: 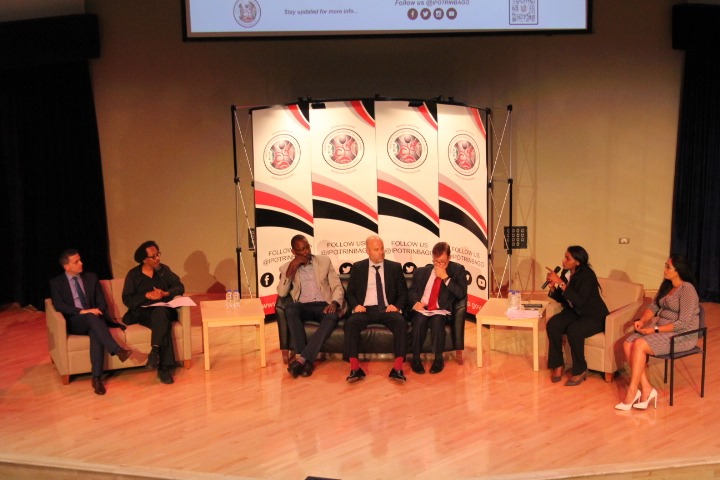 Back in 20-some-teen, I built a windows phone app called Police Post. It started off as a reasonable idea – provide an offline version of the list of police stations in Trinidad and Tobago, with their locations and contact numbers.

I later jumped the shark by overlaying the map of police stations with information about murders that happened in the same region as a police station.

Even writing that makes me cringe a little. Back then, I was convinced, “This is a good great idea for the app”. Now, I’m like, “Why…..?”

I remembered Police Post while I was preparing to deliver a presentation at the Trinidad and Tobago Intellectual Property Office’s seminar on “How to make a living from mobile apps”. My focus was on the state of the mobile app development in TT.

I found while preparing for the talk that there was a lot to be said about how active trinbagonians are with their mobile devices, but not necessarily with local apps.

And, using the top free apps in the Google Play Store as a proxy, it only confirmed that we really like social (and Google Translate).

Since I was concerned about making apps, as opposed to just using apps, I produced a list of the top apps by usage that were made by trinbagonians:

A more diverse list, pretty corporate, but seemingly high on the “getting things done” measure.

Both lists were a snapshot of top apps on November 10, 2019. The TTPS app was released the week before, and people were responding. TTPS seemed to have had a good push behind the app, so that’s good.

This may be why I remembered Police Post. Another reason that brought it into focus may have been because of these sentiments I got from Julie David, a Senior Policy Analyst at NIHERST.

Julie and her team have been working on a sectoral mapping of the software industry in TT, so I thought her insights might be useful.

They certainly were as they gave me a snapshot of the state of affairs that I recognized. Here are a few of those challenges:

When I built Police Post, it was a small app, meeting a specific need that made no assumptions about having a business case. So Julie’s feedback to me was on point. Around that time, one of my key goals was simply demonstrating capacity.

My presentation concluded with looking at stats on global Internet trends. Mary Meeker’s report on those trends was an excellent resource for this and I hope that we all would use it to inform our next steps. 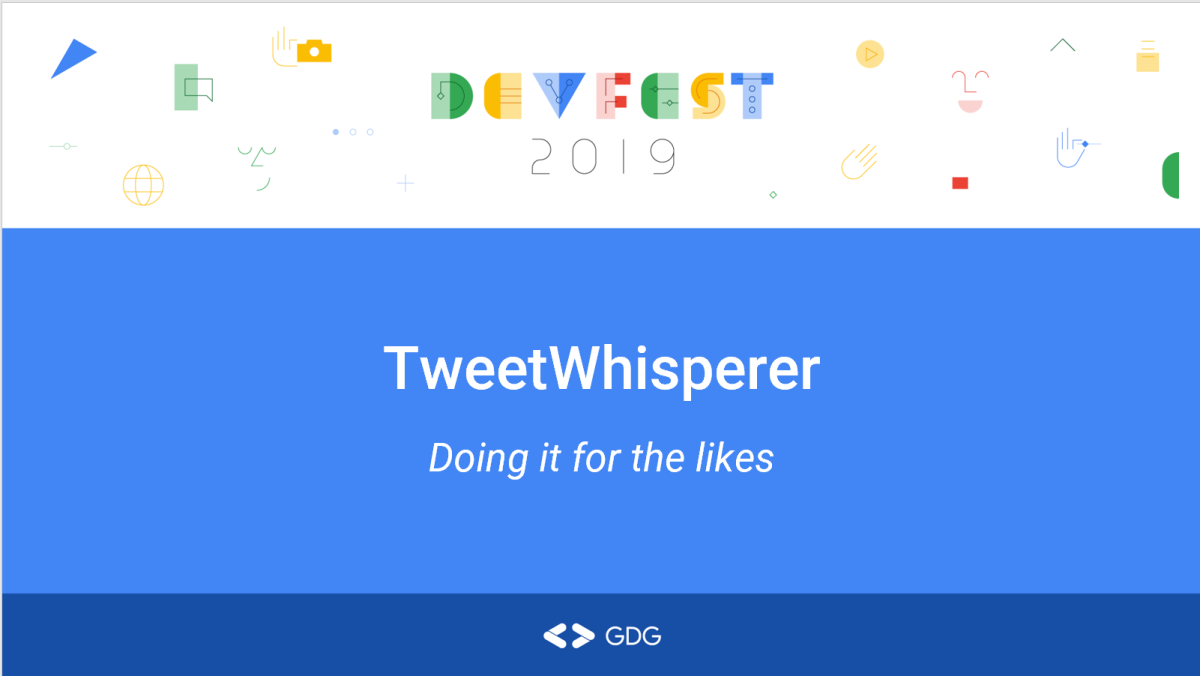 Today is GDG DevFest 2019 in Trinidad. The organizers put out a call for sessions, and I was happy to share one of the ideas that had been rolling around in my head for a while.

So, here’s the TL;DR: my idea was to take my likes on @Twitter and funnel them into Google Keep. Along the way, I’ll automatically categorize the tweets and then confirm that categorization via a chatbot. Simple stuff.

What I actually did:

I made an Azure Function that would periodically poll my twitter account and get the last tweets that I liked. To do this, I had to create a developer account in twitter to get the appropriate creds. The function was pretty simple:

In the DotNetConf keynote a few weeks ago, I saw an ML.NET demo and I got the idea to use it here, too.

I pulled all my notes in keep to train an ML model. It was very easy, particularly because I used gkeepapi, an unsupported library for interacting with keep.

Doing this made me glad that I could think in terms of a bunch of cooperating functions, because the function to extract the notes from keep was written in python, while most everything else is in C#.

The funny thing is, I didn’t really need the model. Most of the things I stored in keep, were in one or two categories – not very good for modelling. I guess I hadn’t really realized that. To be honest, I was probably storing things in keep that I had a very high priority on, which turned out to be mostly cloud things. Go figure.

How the bot will help change things

So, I’m grabbing my tweets, categorizing them based on history and preference and I’m ready to store them, except, as I’ve shown above, my categorization is whack. Thus, I also made a chatbot, that will take my liked tweets and ask me to adjust the category I’ve labelled it as.

So, with these three components, a likes-harvester, a categorizer and a chatbot, maybe, I’ll get better at returning to these topics that I have an interest in.